Gadgets and Tech PH is giving away (14) fourteen tickets to the Internet of Things (IoT) Summit Philippines 2016!

With major technology companies and start-ups seriously embracing Internet of things strategies, now is the best time to introduce and educate more people about the power of this revolutionary technology. 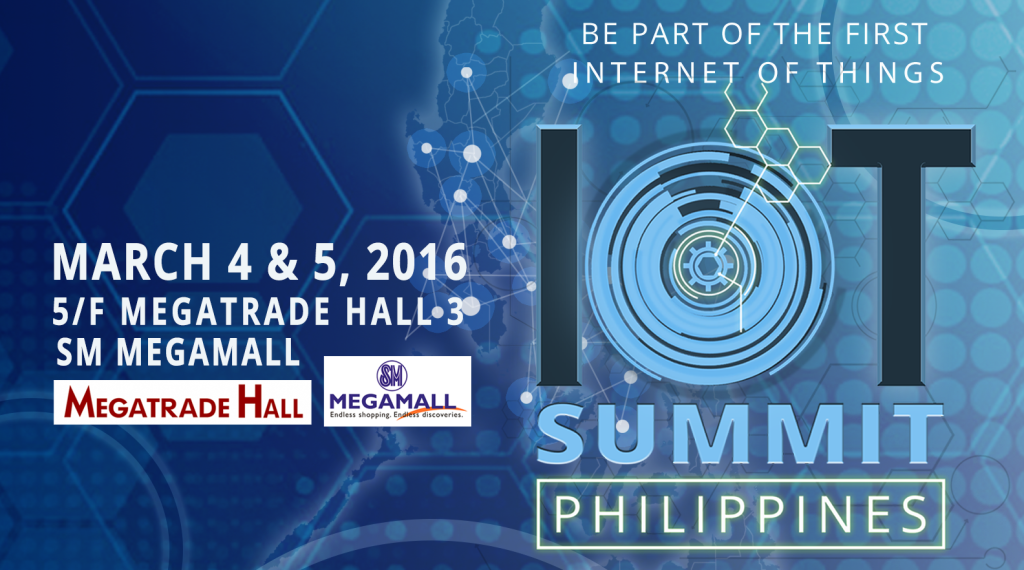 This coming Friday and Saturday, March 4-5, 2016, be prepared to be amazed by the technology of the things around us with the first ever Internet of Things Summit Philippines 2016 at the 5/F Sm Megatrade Hall, SM Megamall (tickets at P 50 each).  Aimed to introduce the IoT ecosystem to the country, the IoT Summit Philippines 2016 will feature more than 50 exhibitors from the tech industry, all of which are big movers of the Internet of Things in the Philippines and in Asia. The event also aims to create an avenue for the audience to appreciate the technology, bridging in the gaps and helping the Internet of things to unleash its full potential through various medium.

Easy contest mechanics for a chance to win an IoT Summit Philippines ticket for March 4 and 5, 2016

1. Like the IoT Summit Philippines FB page. www.facebook.com/iotexpoph/
2. Visit and like Gadgets and Tech PH on Facebook, www.facebook.com/gadgetsandtech/
3. Share this post in Facebook (click here to see the post) which contains the IoT Summit Philippines 2016 poster and contest while tagging 5 friends and Gadgets and Tech PH. Deadline: March 3, 2016 at 11:59 PM
3. Watch out for the announcement of the winners on March 4, 2016, 10:00 AM.
4. Seven winners will be determined via raffle (7 winners with 2 tickets each). 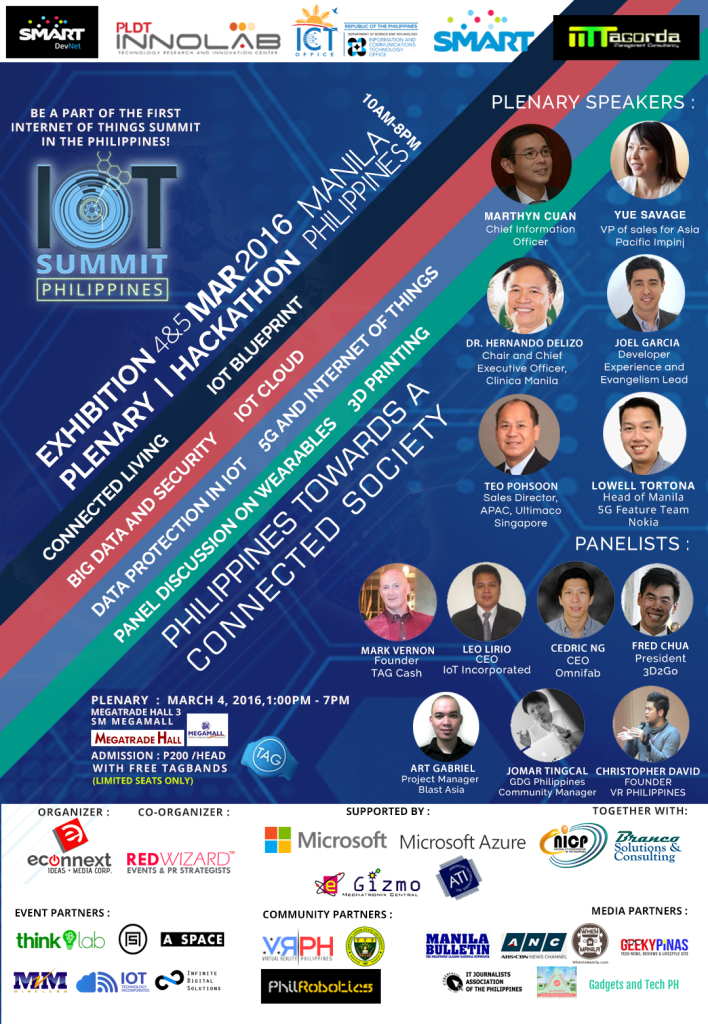 “We want to prepare the Start ups & Tech community for Internet of Things” according to Elaine Cedillo, the Project Lead of IoT Summit Philippines “and to raise the profile of the Philippines that we are ready for the ‘Next Big Thing’ “ she added.

Being the social media and texting capital of the world, the market in our country is undeniably big, with millions of users of smartphones, laptops, and wearable technology that is getting to be popular to most of us.

The IoT Summit Philippines 2016 will be having a Plenary session on March 4, 1:00 to 7:00 PM (tickets at P 200 each), that will focus more on what´s the latest advancements on Wearables such as Android Watch, Virtual and Augmented Reality. They will also cover Connected Health, Connected Living, Big Data and Security, 3D Printing and Future of 5G in the Philippines.

IoT Summit Philippines had pre-events, namely, the Bootcamp and Hackathons which took place last February 20,21, 27 and 28 at Palet Express, Makati powered by A Space prior the event to reinforce the audience, with more than 200 participants varying from High School and College students, to Programmers, Engineers, I.T. developers, System Integrators and Hobbyist Makers. 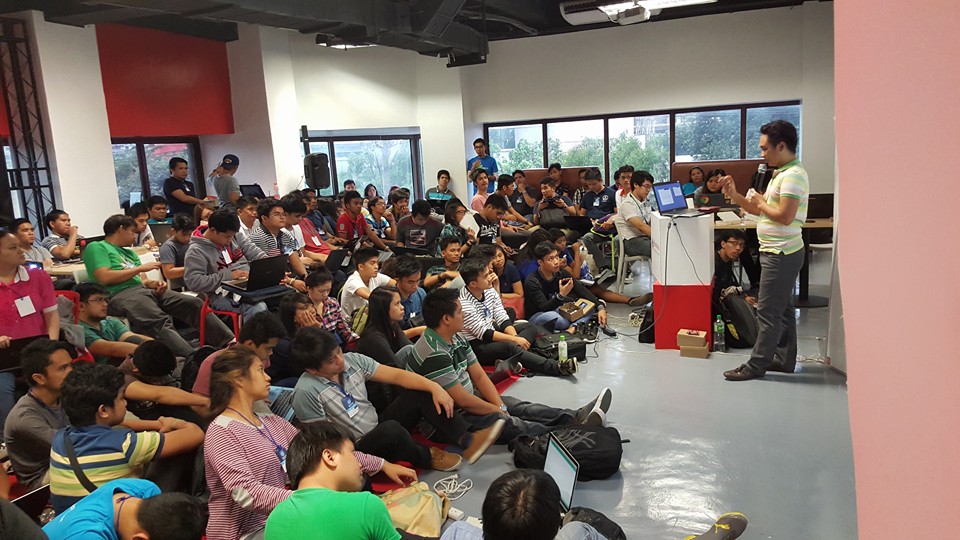 The Bootcamp was headed by Microsoft Philippines, Egizmo and Thinklab as the training partner while the IoT Hackathon was a project of Department of Science and Technology – Information and Communication Technology Office (DOST-ICTO), all held at A Space_Palet Express, Chino Roces Makati City.

About 200+ makers composed of High School, College Students, Engineers, I.T. Professionals, System Integrators and developers will be expected to showcase their prototype project on March 4-5 which will open to the public to see.

WHAT IS INTERNET OF THINGS (IoT) AND WHY IS IT RELEVANT TO OUR LIVES?

Internet of things promises to innovate customer experience by allowing objects embedded with communications technology to transfer data over a network, helping them “communicate” with each other. For example, car sensors can notify the driver if the vehicle’s condition is alarmingly dangerous; a washing machine’s status can be accessed via Wi-Fi; and your package or delivery can be tracked anywhere in the world in real time.

To put it simply, we will be able to communicate with all sorts of devices as long as they are connected to the internet.

With the continuous rise of the tech industry in the Philippines, major companies and start-ups are catching on the new revolution that this type of platform has to offer. The IOT Summit aims to drive more opportunities to this unceasing movement of IoT in the country, as well as prepare the industry and community in the foreseeable future, where most devices will also take part to this one of a kind technology.

The Internet of Things Summit Philippines 2016 is happening on March 4-5, 2016 at the Megatrade Hall 3, SM Megamall, Mandaluyong, Philippines. The event is organized by Econnext Ideas and Media and Red Wizard Events Management in partnership with DOST-ICTO and supported by Smart Communications, Smart Devnet, and PLDT Innolab with MTTagorda Management Consulting and American Technologies.

You can check out the event website at iotexpoph.econnext.com or their Facebook page for more details or if you want to be an exhibitor or major partner, you can email info@econnext.com or text 09209734926 and 09179048777.