Earlier this week, the news about the BlackBerry ban in the UAE starting in October came out. Below are some clarifications (questions and answers) about the ban. (Source www.apnews.com) 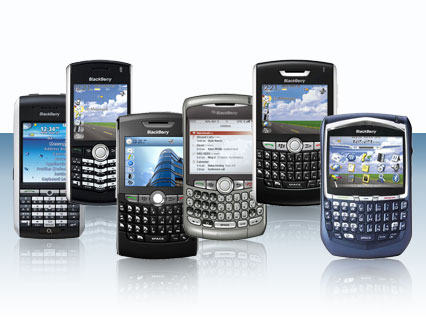 Some questions and answers about the United Arab Emirates banning the use of BlackBerry’s messaging and Web services:

Q: What is being banned?

A. E-mail, messaging and Web services on BlackBerry phones, starting in October. The ban also applies to foreign visitors using roaming, but not to phone calls.

Q: Why is the United Arab Emirates banning BlackBerry e-mails?

A: In short, the corporate version of the BlackBerry system is too hard to eavesdrop on. The e-mails and messages are encrypted while in transit, and even Research In Motion Ltd. (RIM), the Canadian company that makes the BlackBerry, doesn’t have the keys to decrypt them. The system is designed to keep corporate and government secrets safe, but the UAE is concerned that it could provide cover for illegal activity.

A: Possibly, but not in a fast, easy way. The e-mails exist in decrypted form on corporate servers, but those may be overseas, and it takes time to get access to them through a legal process with warrants. RIM stresses that governments can satisfy national security and law enforcement needs without compromising commercial security requirements.

Q: Why doesn’t RIM give the UAE what it wants?

A: The company hasn’t said, but it’s likely that RIM doesn’t want to give any government wholesale access to e-mails. BlackBerry users wouldn’t trust the system to keep commercial secrets safe.

Q: Why is the UAE singling out the BlackBerry? Aren’t there other ways to communicate without a risk of eavesdropping?

A: The BlackBerry may be targeted because it is popular and provides security in an easy, prepackaged way. Also, the e-mails travel through RIM’s system overseas, even if sent between two BlackBerry users in the UAE. But it shares these features with Google Inc.’s Gmail, which is also likely to store e-mails overseas and is difficult to intercept if used in a Web browser. Corporations inconvenienced by the ban may be able to find adequate security from some other wireless e-mail system the UAE hasn’t gotten around to banning.

A: Saudi Arabia has already said it would do the same, starting later this month. India has complained about the BlackBerry system before, but a newspaper there, The Economic Times, reports that the government is looking at negotiating a solution.

So, if you are a BlackBerry user and travel to Dubai, where many Filipinos are, this means that come October you won’t be able to read your email or browse through your Blackberry phone when you are in the Dubai International Airport. Make sure, then, that you have a laptop with you if you need to check your email and go online. The question is how will BlackBerry’s makers respond to the UAE ban on their phones. Will they compromise or will they give governments (UAE and eventually Saudi Arabia) wholesale access to e-mails?